Is Jesus at the center of my goal? I believe so. I am not saying I want to save the world. I do however want to use the gifts that he gave to do good. I don’t want to waste any opportunity that I was presented to me. I want to be able to say I did the very best I could with what I was given. The bible says anything God is in can not fail. . This is a reminder for all my Christian bloggers who lose motivation because we may not have the followers that other blogs have, even though we are saying the same thing. People are being impacted by the words we write down. When you are changing lives their is no failure. I often times get caught up in likes and views but if even one person read what I wrote and was impacted then that is a win for God. Even if that person doesn’t believe if it got them thinking a little bit, then that is a win.  Don’t lose hope, for our work is not in vain. Its our job to plant the seed by being obedient and we can do that. Every little bit counts.

I used to think that why would anyone want to read what I had to say. I wasn’t saying anything special or doing things that had not been done before. Then I realized, it hadn’t been done before, because my voice was needed. Your voice is needed as well. So write when you don’t feel like it. Write, even if you don’t think it is good. People will resonate with you because your story is important.

Do you want to he successful by the worlds terms or Gods? 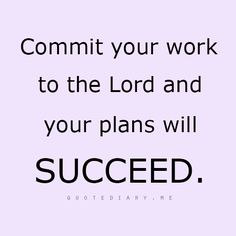